Since August 24, 2016, the central Apennines (Italy), between the towns of Amatrice and Norcia, have been struck by a huge and long seismic sequence consisting in five moderate magnitude earthquakes (5.4 <= Mw <= 6.5) and about 45000 aftershocks (http://cnt.rm.ingv.it). Details about these main events are summarized in Table 1, whereas their location as well as the aftershocks’ distribution are shown in Figure 1.

During the 2016 central Italy seismic sequence, the collaboration developed between the above mentioned research institutes and agencies allows us to provide for the scientific community a freely-available data archive consisting in hourly Hatanaka-compressed rinex files for a time interval of few days before and after every main shock. This data archive is available at the following link:

with the following structure: yyyy/rate/net/ddd/ssssdddt.yyd.Z. In this repository, a list of all the sites available for each sampling rate is provided.

In this repository, a readme.txt file, containing information about the GPSgrams ASCII files format, is also provided.

The present report as well as the HRGPS data repository will be updated in case of further earthquakes with Mw ≥ 5 in the same area. 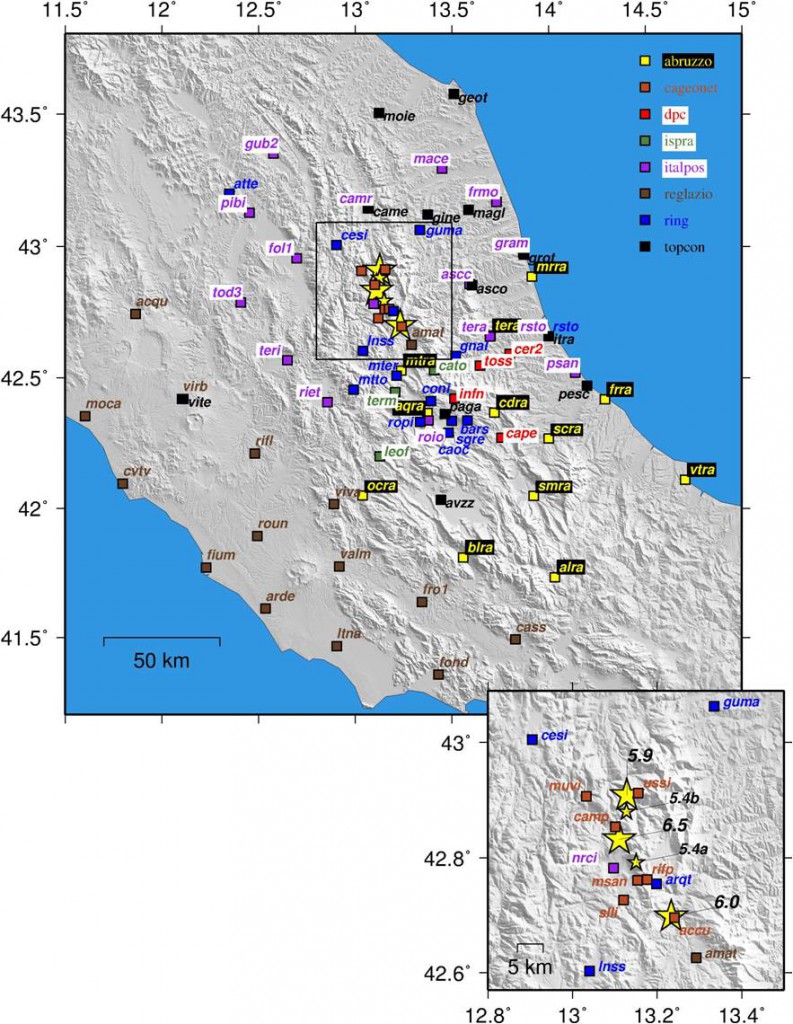 Figure 1: Location of the main shocks and of the largest aftershocks (Mw ≥ 5) of the 2016 central Italy seismic sequence and location of the continuous and episodic HRGPS stations.